1998
Teamed up with art director Russell Schaller at Watford College.

1999
Cut our teeth at Rainey Kelly, WCRS and Mother on brands including Virgin, Kiss FM, and Coca-Cola.

2002
Set up our own creative consultancy Tom, Dick & Harry.

Spent the next three years creating award-winning promos for Channel 4, E4, and MTV as well as developing television formats and writing for shows including the Sunday Night Project.

Highlights included the 2010 General Election Campaign, creating and writing the award-winning short films for Chivas Regal and launching Santander’s biggest product ever in the UK, the 123 Current Account.

2013
Left Havas to divide my time between advertising and screenwriting.

Completed an MA in Screenwriting while freelancing at agencies including Google, NBC Universal, and Mother. 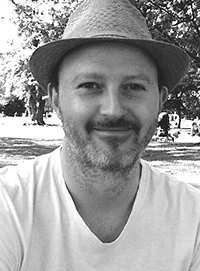